Home Africa From Vision to Reality: The Message in Rwanda is Translated From Vision to Reality: The Message in Rwanda is Translated

In the Holy Scriptures there are many references to the importance of the Gospel going out to all, regardless of language barrier.

Matthew 24:14 (KJV)
14  And this gospel of the kingdom shall be preached in all the world for a witness unto all nations; and then shall the end come.

Although there are over 6500 Languages in the world, we estimate that with the work of many located on the Message Hub (the largest repository of End Time Message translations), and other works, so far we have reached about 85% of the earth’s population. Yet the work has not finished. In many ways it is only beginning. The End-Time Message has sounded forth—God saw to that—but the work of getting it to those who need to hear it is the great burden of the moment.

Accomplishing this has been the work of many hands, each doing their part. Burdened individuals who speak one of the smaller languages of the world make immense efforts and sacrifices, often laboring without any recognition, or even notice. But those who receive the Message in those languages notice, and are eternally grateful.

There are amazing testimonies surrounding the work of translation, such as one Brother in a European country who many years ago was given a Message book—HAND TYPED, on an old fashioned typewriter — in his own language. It was not even a photocopy.  Whoever produced that book literally spent hours–even days–translating and typing it out, to hand it to ONE PERSON, in faith. The Brother never again saw the person who handed it to him. But from that one book, he received the Message, and is still a Believer today, many years later.  He still has that hand-typed Message book, and it is a treasure to him. This is a testimony to the burden and faith of those who labor quietly in the work of translation.

Elie Kwizera of Rwanda is one such Brother, who over the past years has overseen the launch of

a new translation work in Kinyarawanda, the language of his country. Brother Elie’s burden began in 2017, but with his limited English and no contacts, he did not know how it could possibly be accomplished.  Later, he met Brother Kobus Esterhuysen, who had developed the TodProof Software system, which helps speed up translation in many languages, by autofilling possible translation options as a sentence is selected. The translator can then tweak, improve, or correct this as he works his way through a Message. With Brother Elie’s limited English skills, this system seemed to make the challenge of translation less daunting.

A further confirmation happened when just a few months later he met Brother Caleb Nshuti, who told him that he and Brother Theodomir Nyandwi had already translated about 30 Messages. As Brothers with an identical burden connected, a translation team was born. Sponsored by Bible Believers, the team has been able to translate 225 Messages into Kinyarawanda in the past 3 years. These can be viewed and downloaded on the Message Hub.  This means over 20 million Kinyarwanda speakers are able to access these precious words of life online.  A Print Station was also set up, allowing paper books to be printed on demand from a small office in Rwanda. The team is excited as they see more and more Messages being added, and at this time they are translating at a clip of about 20 Messages per month.

The team has grown to 10 individuals in addition to Brother Elie, who are laboring diligently on the translation work.

What has happened in Kinyarwanda is typical of what has happened in many languages in the past, and what can happen in the future, as Believers catch the burden. This work is sponsored entirely by Bible Believers through the donations of concerned Believers. While these dedicated translators have done much, pray for them, as much remains to be done. 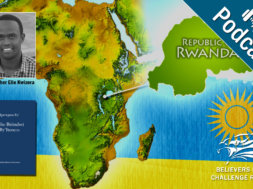 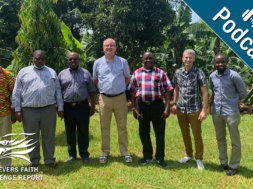 Rejoicing in Malawi: “The drought is over!”